My name is David Snowden (known as Dave), I am the founder and Chief Scientific Officer of Cognitive Edge and Director of the Cynefin Centre

CV for public use 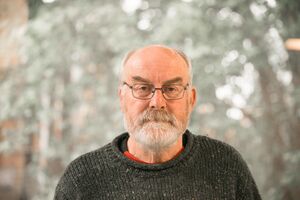 Is the creator of the Cynefin Framework, and also originated the design of SenseMaker® the world's first distributed ethnography tool. He is the lead author of Managing complexity (and chaos) in times of crisis: A field guide for decision makers a shared effort between the Joint Research Centre (JRC), the European Commission’s science and knowledge service, and the Cynefin Centre.

He divides his time between two roles: founder Chief Scientific Officer of Cognitive Edge and the founder and Director of the Cynefin Centre.  His work is international in nature and covers government and industry looking at complex issues relating to strategy, organisational decision making and decision making.  He has pioneered a science based approach to organisations drawing on anthropology, neuroscience and complex adaptive systems theory. By using natural science as a constraint on the understanding of social systems this avoids many of the issues associated with inductive or case based approaches to research. He is a popular and passionate keynote speaker on a range of subjects, and is well known for his pragmatic cynicism and iconoclastic style.

His paper with Boone on Leadership was the cover article for the Harvard Business Review in November 2007 and also won the Academy of Management aware for the best practitioner paper in the same year. He has previously won a special award from the Academy for originality in his work on knowledge management. He is an editorial board member of several academic and practitioner journals in the field of knowledge management and is an Editor in Chief of E:CO. In 2006 he was Director of the EPSRC (UK) research programme on emergence and in 2007 was appointed to an NSF (US) review panel on complexity science research.

He previously worked for IBM where he was a Director of the Institution for Knowledge Management and founded the Cynefin Centre for Organisational Complexity; during that period he was selected by IBM as one of six on-demand thinkers for a worldwide advertising campaign. Prior to that, he worked in a range of strategic and management roles in the service sector.

The Cynefin Centre seek exists to integrate academic thinking with practise in organisations throughout the world and operates on a network model working with Academics, Government, Commercial Organisations, NGOs and Independent Consultants. It supports the deployment of the SenseMaker® software suite, originally developed in the field of counter-terrorism and now being actively deployed in both Government and Industry to handle issues of impact measurement, customer/employee insight, narrative-based knowledge management, strategic foresight and risk management.

The Cynefin Centre was established to look at whole of citizen engagement in government and is running active programmes in Wales and elsewhere in areas such as social inclusion, self-organising communities and nudge economics together with a broad range of programmes in health. The Centre will establish Wales as a centre of excellence for the integration of academic and practitioner work in creating a science-based approach to understanding society.

Most of the articles I have published

I've handled a broad range of topics over the years, so as I accept a new engagement I will add or amend text here

So for conference organisers this is the Prix Fixe but don't forget there is also the À la Carte and chef is prepared to work with what ever you have to hand.

The phrase Its not what you know, but who you know has both positive and negative connotations in an organisation. the negative meaning is obvious, but there is also a positive side. We use informal networks and common associations as a cognitive efficiency tool, helping us make quick decisions and using past relationships of trust as a short circuit. Informal networks act like mycorrhiza in the soil that provide nutrient to the more visible trees. If we could find a way to manage the formation of those informal networks and their connection, in context, to the formal systems then we would have a powerful means of working across silos and creating a real time flow of both knowledge and, critically, nurture within a organisation. This presentation will look at new methods and tools to do precisely that.

Agile started off as an inspirational set of statements and values that inspired a generation of software design. But slowly and steadily that original inspiration has become a set of structured methods, certificates for turning up at a course and a series of method wars which have most recently degenerated to court action. How do we rediscover the original inspiration of the Agile Manifesto and in a very real sense return Agile to the wild. Is it time to move away from the large scale expensive frameworks into a multi-methods, multi-tools ecosystem and to create a new professional practice? In the current crisis agility is not enough …

Any system is only as good as its source data. Within the Cynefin framework the power of Scrum is positioned within the liminal transition zone of the complex domain but there are also a body of methods and tools emerging to better feed Scrum (or any equivalent approach). These include the identification of unarticulated needs, distributed ethnography as an alternative to story points, Triple 8 (forced mutation through a revised joint application (JAD) process and others. This presentation will give participants an overview of those methods and associated tools. The actual methods are available in the Cynefin open source wiki

The seven principles of managing knowledge

The speed of change in technology capability often means that the business is not aware of what is possible and any specification of needs is limited in consequence. Making a business case for the adoption of new approaches is often focused on justifying the IT organisation as a delivery capability rather than a partner in achieving strategic objectives. Mapping unarticulated needs against known capability, creating artifactual structures that all a co-evolution of business need with technological capability, focusing on structures that are resilient, able to resolve problems that cannot currently be predicted. Based on the recently published EU Commission Field Guide to managing Complexity (and Chaos) this presentation will identity new pathways that help shift technology from need driven capability to strategic partner 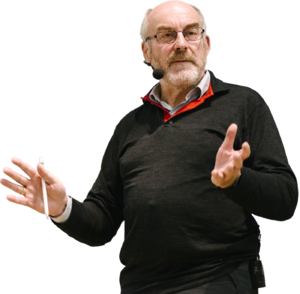 Retrieved from ‘https://cynefin.io/index.php?title=User:Snowded&oldid=5490’
Cookies help us deliver our services. By using our services, you agree to our use of cookies.